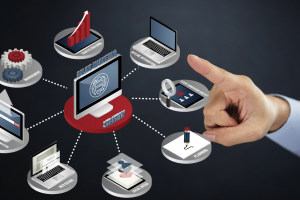 Social media platforms become the key instruments of communication and connections during the height of the COVID-19 pandemic. People’s behaviors significantly change. Today, there are 4.55 billion social media users. That is almost 60% of the world’s total population.

So, it is clear that social media platforms always play a big part in digital marketing as a social media agency Hong Kong highlighted. To help brands and businesses, here are some top social media strategies for 2022.

Align Your Social Media Strategy with Your Overall Marketing Approach

More than 73% of marketers believe that social media marketing has been an effective part of their digital marketing strategy. Because they are continuously rising, brands and businesses should grab the opportunity of aligning them with their overall marketing approach. Social media can move followers into contacts and leads. It can increase sales conversion and website traffic. Better yet, it can be a good source of first-party data in the absence of third-party cookies.

In every marketing endeavor, creative content is the key to success. A video marketing agency Hong Kong highlights that the attention span of social media users gets shorter and shorter. That is why brands and businesses should be creative enough to catch their attention and deliver brand messaging within 5 to 10 seconds.

With these types of creative content, you can boost SEO and learn more about new marketing strategies.

Social media is fast changing. Thus, it is best to never stop experimenting and exploring new features and tools. New social media channels like the Clubhouse app and TikTok have emerged this year. Brands and businesses can try new apps to do the following:

When we think of formal marketing engagement, this means using social media analytics to power up your marketing approach. A good example is Facebook A/B experiment tools. It allows brands and businesses to test the same ad copies in different creative variations. It helps marketers understand the impact of their goals before implementing social media strategies.

Partnering with influencers is also one of the top social media strategies for 2022. The budget for influencer marketing is predicted to rise by 12.7% from 2022 to 2025. The influencer community has significantly helped brands and businesses to build authenticity and trust in social media. While it is critical to find the right influencer for a certain campaign, it is equally important to equip them with the right knowledge about any product updates.

Agile marketing management is an interactive approach to cope with the ever-changing world of social media. As one of the top marketing strategies for 2022, it requires flexibility and skills to adapt to changing priorities. Test, learn, and quickly grow by trying out new technology.  Outline all new processes to ensure that other members of the team can attain goals through such repeatable processes.

It is undeniable that social media marketing is very powerful. One of the unique features that make social media platforms stand out is the ability to understand user intent. Understanding search intent can be a gold mine for brands and businesses. By learning how to optimize your ads and campaigns through search intent, you can boost conversion and engagement. 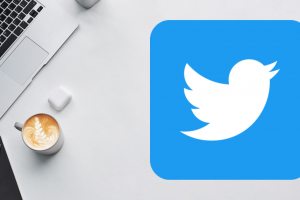 Twitter is a microblogging site that allows users to receive and set short messages called tweets. It ranks as the 3rd most popular social media app for 2021. Twitter has 206 million daily active users worldwide. It is a go-to site among the general public, policymakers, politicians, students.

The current character limit in a tweet is 280. Tweets have a super short lifespan. It is tough to keep up with tweets unless you are in the media or news. But this is how Twitter shines. It is a social network for people looking for news and trends. A social media agency Hong Kong notes that it is also the first point of contact where consumers need a quick response.

According to a digital marketing speaker Hong Kong, Twitter allows brands and businesses to reach a large number of audiences through tweets and retweets. As Twitter users follow other users, it also helps build relationships. This is by keeping people updated with the latest developments and instantly sharing them. Being a relatively informal tool, there are so many reasons why you should market on Twitter!

To date, Twitter has 353 million daily active users. Every second, there are 6,000 tweets sent. That is around 500 million tweets daily. A majority of Twitter users are active on mobile devices. Around 80% of people access the app through their smartphones.

Most members of the Twitter nation visit the site to get news. There are around 73.9% of them. It is because 83% of world leaders are very active in tweeting. In fact, the most followed Twitter account is that of former US President Barrack Obama, with more than 129 million followers. Another breaking record in the platform is the American political candidate. Caitlyn Jenner. She was the fastest to gain more than 1 million followers within 4 hours and 3 minutes. It is one reason why you should market on Twitter. Tweets can go viral and gather massive reach with the right KOL or influencer partner.

Twitter is a powerful place for using hashtags. In 2020, the most frequently used hashtag is #COVID19. #BlackLivesMatter followed next in rank. Among small businesses, #ShopLocal was used in 162,591 tweets. These are pieces of evidence that the world uses Twitter to advocate digital marketing innovations and political changes.

Did you know that the world’s top tweet was that of Japanese billionaire Yusaku Maezawa? He was the founder of Zozotown, Japan’s largest online mall. In January of 2019, he tweeted to offer 1 million yen to each 100 randomly selected Twitter users who will follow his account and retweet such a message. It garnered 4.1 million retweets. So, it may be a good idea to run promotions like this if a brand or business wants to gain more than a million reach.

The largest number of Twitter users came from the United States and Japan respectively. 28.6% of Twitter’s user base comes from the United States. There are approximately 69.3 million Americans that use Twitter daily. Japan has 50.9 million Twitter users daily. It makes Twitter the number 1 social network in the land of the rising sun. Despite the app being blocked in China, Twitter still recorded 18,000 active Chinese users.

The most active Twitter users are between 25 to 34 years old. They comprise 38.5% of the Twitter nation. When it comes to gender, males are more active on Twitter. They cover 61.6% of Twitter’s user base while females cover 38.4%. Yet, women have more potential to interact with Twitter brands. One reason why you should market on Twitter is that 67% of its user base are most likely to make a purchase on brands that they follow.

Here are some more reasons why you should market on Twitter. These best marketing practices can give you helpful insights to increase the interaction and visibility of your Tweets.

Twitter with 100 characters received a 17% higher captivation rate than longer tweets. So, the ideal length for a promotional tweet is between 70 to 100 characters. Putting images on a tweet gets 55% more leads as they are very eye-catching on vertical feeds. A video marketing agency Hong Kong reports that from 2019 to 2020, video views on Twitter increased by 76%. As such, videos boost retweets by 28%.

Influencer outreach on Twitter serves as another advantage to visibility. Influencers using quotes related to a brand are 53% most likely to be retweeted. Tweets with hashtags can increase visibility by 100%. They also boost interaction by 16%. Brands and businesses typically use only one hashtag on a tweet. It is because tweets with a single hashtag are 69% more likely to be retweeted than those with more than one.

Around 92% of brands and businesses tweet more than once per day. It aims to keep conversations ongoing within the Twitter profile. While 60% of consumers expect a response within an hour on Twitter, 76% of them will recommend a brand after a positive experience. 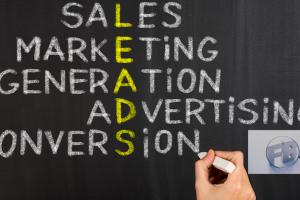 Facebook believes that providing value to people can generate leads. As such, the platform makes it easier to generate leads via an auto-populated pop-up. It is more convenient than users manually filling up lead gen forms especially on mobile devices. People are more likely to complete them and reduce the number of drop-offs. Through audience selection, product optimization, and the right questions asked, Facebook lead gen ads have been very effective. Yet, digital marketing speaker Hong Kong recommends building highly targeted audiences to improve Facebook lead gen ads. Here’s how!

A social media agency Hong Kong noted that Facebook is a lead generation beast. With 2.8 billion monthly active users (MAU), there is no doubt that it has proven itself among brands and businesses. Below are some statistics to prove the power of Facebook lead gen ads.

There are 4 key elements for effective lead generation on Facebook. Focusing on these elements can greatly improve Facebook lead gen ads.

Besides these 4 elements, Facebook also provides some tips to creating a successful lead gen ad copy. The ad must clearly articulate the benefit. Be straightforward in telling what you can offer to the audience in exchange for their information. You can use images to illustrate what benefits they can get. Never make a promise that you cannot deliver. Never exaggerate the promise either. Use exciting and short phrases to deliver your lead gen ad copy among Facebook users. Give them a reason to click. This, you can do, by using call-to-actions on your lead gen ads.

The key to improving your Facebook lead gen ads is to refine your approach using the above-mentioned tips. They are strategies directly coming from the Facebook team. By using Facebook’s targeting tools properly, you can maximize your lead generation efforts and gather more insights about the right people for every campaign.